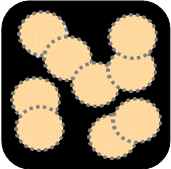 2020 has been a banner year for rust diseases.  I can’t remember a year where I have seen so many rusts on so many different plants:  apple, ash, buckhorn, crabapple, elderberry, hawthorn, Jack-in-the-pulpit, juniper (including red cedar), mayapple, raspberry, spinach, spruce, violet and white pine.  Rust diseases are caused by a closely related group of fungi, with each fungus in the group highly adapted to causing disease on specific plants.  These fungi are incredibly complex.  They can produce from two to five different types of spores depending on the particular rust fungus, and their life cycles fall into two major categories:  autoecious and heteroecious.

Autoecious rust fungi are able to complete their entire life cycles on a single plant host.  A classic rust disease that falls into this category is rose rust.  This rust produces one of my favorite spores, a teliospore (i.e., a resting spore) that looks like a corndog.  While I have yet to see rose rust in 2020, I have seen several other autoecious rusts including mayapple rust, Jack-in-the-pulpit rust and orange rust of black raspberry.  Orange rust is particularly destructive.  Infected plants become stunted and spindly, and they do not produce flowers or fruit.  Removal and destruction of infected plants is the only effective management strategy for this disease.

Heteroecious rust fungi require two different plants in order to complete their life cycles.  The most common heteroecious rusts that I see every year are the Gymnosporangium rusts.  These rusts spend part of their life cycles on junipers (particularly red cedar) and the remainders of their life cycles on certain woody rosaceous plants such as apple, crabapple and hawthorn.  I actually think the symptoms that these diseases cause (i.e., bright yellow leaf spots on rosaceous hosts) are quite pretty, giving the trees some additional aesthetic appeal after their flowers have faded and fallen for the year.  Other heteroecious rusts that I have seen this year include white pine blister rust (hosts:  white pine and gooseberries/currants) and crown rust (hosts:  buckthorn and turfgrass).

I have to give a special shout out to elderberry rust, a heteroecious rust that alternates between elderberry and sedges.  Symptoms on elderberry are some of the most awesome that I get to see of any disease.  Infection by the rust fungus causes formation of a swollen areas (called galls), as well as growth distortions.  The galls eventually produce a bright yellow spores (these are the spores that infect the alternate sedge host), making the galls look like banana slugs.  TOTALLY COOL!!

I really can’t wait to see how many more rusts I can check off my plant disease bucket list this summer.  If you see any rust diseases (or any cool diseases in general), feel free to email me photos.

NEED HELP?  If you need help diagnosing plant diseases, feel free to contact the PDDC.  For the PDDC’s current policy on sample submission, including submission of digital photos, check out the following link.  As always, be sure to check out the PDDC website for timely information on plant diseases.  Also, feel free to follow the clinic on Twitter or Facebook (@UWPDDC) to receive timely PDDC updates.  Or alternately, put in a request to subscribe to the clinic’s new listserv (UWPDDCLearn) by emailing pddc@wisc.edu.