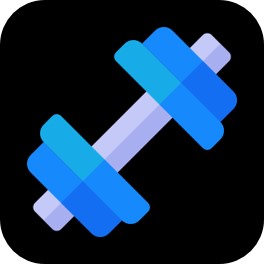 I’ve been around long enough at the PDDC (25 years next summer) that most of the diseases that I see at the clinic are old friends.  Rhizosphaera needle cast, oak wilt, Verticillium wilt and many others are part of the cast of plant disease characters that I see in Wisconsin every year.  It’s relatively rare that I see brand new diseases.  In recent years, boxwood blight, Neopestalotiopsis leaf spot and fruit rot of strawberry and zonate leaf spot (a disease that had been on my bucket list for years) are new diseases that have crossed my doorstep.  In 2022, I’m watching for yet another new disease:  Japanese apple rust.

Japanese apple rust is a type of Gymnosporangium rust caused by the fungus Gymnosporangium yamadae.  This fungus is native to Asia (specifically China, Korea and Japan) and was first detected in the United States in Delaware and Pennsylvania in 2008 (with a first formal published report in 2009).  In 2021, Sam Fieweger of the Wisconsin Department of Agriculture, Trade and Consumer Protection (WI DATCP) Plant Industry Bureau Lab confirmed the first detection of the disease in Wisconsin.  The disease was identified on a crabapple tree in a nursery in southeast Wisconsin.

Typical symptoms of Japanese apple rust are not radically different than those of other Gymnosporangium rusts.  On juniper hosts, the disease leads to the formation of relatively small branch galls that ooze orange gelatinous arms/masses in the spring.  These galls/masses look (at least to the casual observer) not that different from those produced by cedar-apple rust (CAR) and (particularly) cedar-hawthorn rust (CHR), two common Wisconsin Gymnosporangium rusts.  On apple/crabapple hosts, symptoms of Japanese apple rust are again similar to those of CAR and CHR:  large, brightly-colored leaf spots.  In the cases of CAR and CHR, the spots are yellow to orange.  In the case of Japanese apple rust, the spots are fuchsia to red.  On the undersurface of the leaves where the spots are located, short spiny structures eventually form.  These are reproductive structures that produce spores that reinfect the juniper hosts.

The presence of Japanese apple rust in Wisconsin puts a wrench in the recommendations that I typically make for managing Gymnosporangium rusts.  Chinese junipers are not great hosts for CAR, CHR and cedar-quince rust (the other common Gymnosporangium rust in Wisconsin), so I have historically recommended these junipers for clients who are desperate to grow junipers and apples, crabapples and hawthorns near one another.  If (more likely when) Japanese apple rust becomes more prevalent, Chinese junipers will no longer be a good choice to grow alongside apples and crabapples.  In the future, management of Gymnosporangium rusts will likely have to rely on not growing junipers and apples, crabapples and hawthorns anywhere near each other.

Because Gymnosporangium yamadae is not native to the US, Japanese apple rust is of regulatory importance in Wisconsin (and also elsewhere in the US).  There is interest in determining how widespread the disease may be in the state.  For that reason, I will be providing free diagnostics (as long as I am financially able – the testing is a bit pricey) for suspect Japanese apple rust samples.  The easiest hosts to verify the disease on will likely be apples or crabapples.  So, please watch for those fuchsia to red spots.  If you see anything suspicious, please submit digital photos via my online digital diagnostics form.  Let me know in the “Message” field that you suspect Japanese apple rust, and there will be no fee.  If your photos look suspicious, I’ll request a follow-up physical sample for additional lab testing.

If you have questions about Japanese apple rust or submitting a Japanese rust sample (or need advice about plant diseases in general), feel free to contact the PDDC by phone at (608) 262-2863 or email at pddc@wisc.edu.  Also check out the PDDC website (https://pddc.wisc.edu) for additional details on plant diseases and sample submission.  Feel free to follow the PDDC on Twitter and Facebook (@UWPDDC) or email me to subscribe to the PDDC listserv, UWPDDCLearn, to receive updates on clinic services and educational materials.

Good luck with your new workout!

A new #UWPlantDiseaseFacts: Plant Problems to Watch for in 2023 (by Brian Hudelson) is now available at https://pddc.wisc.edu/fact-sheet-listing-all/. 🍄

In 2023, @UWPDDC will sponsor monthly plant disease talks. See https://pddc.wisc.edu/2023-pddc-plant-disease-talks/ for details and to register. If you have questions about the talks, feel free to contact the clinic at (608) 262-2863 or pddc@wisc.edu.