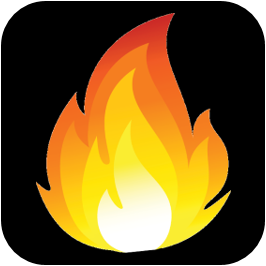 It‘s the time of year where I am once again getting questions about apple and crabapple trees with dead branches.  Often, in these situations, clients assume that their trees are suffering from fire blight.  This bacterial disease has received a lot of press over the years and can be a serious problem.  However, fire blight is definitely not the only reason that branches on apples and crabapples die.

There are myriad of fungal diseases that can lead to branch dieback.  In particular, fungal canker diseases can be an issue.  I often find fungi like Cytospora, Phomopsis and Sphaeropsis in dead apple or crabapple branches.  These fungi, like the fire blight bacterium, locally infect and girdle branches (thus leading to branch death), often in a somewhat random pattern in a tree.  Sphaeropsis is particularly common.  This fungus not only infects branches but can also infect fruits (causing black rot) and leaves (causing frogeye leaf spot).  More systemic fungal diseases like root and crown rot, Armillaria root disease and black root rot (dead man’s fingers) can also lead to branch dieback.  The pathogens involved in these diseases infect and disrupt root and trunk function, preventing proper water movement from roots to branches.  This lack of water leads to branch death, often over a fairly substantial portion of the tree canopy.

Environmental stresses can also lead to branch death in apples and crabapples.  Drought can lead to branch dieback symptoms similar to those caused by the systemic diseases I described above.  Cold injury can also be a contributing factor.  Growing a non-hardy apple or crabapple variety often leads to dieback issues.  Even on hardy varieties, branch dieback can occur if cold snaps occur in the spring right as or just after trees leaf out.  Lack of snow cover (which insulates soil) coupled with extremely cold winter temperatures can lead to physical injury to roots, which in turn limits water uptake, leading to branch dieback.

So, with all of these potential causes of branch dieback on apples and crabapples, how can you tell if your tree is suffering from fire blight?  The answer is, “It’s not easy!”  People often claim that fire blight leads to a branch with a shepherd’s crook (a downward bend at the branch tip).  However, after years of seeing dead and dying apple and crabapple branches, I just don’t consider this a reliable symptom for diagnosing fire blight.  To me, a shepherd’s crook just indicates that the branch didn’t get enough water and wilted.  That could be due to any of the causes I outlined above.  And conversely, I have seen cases of fire blight where branches don’t have a shepherd’s crook.  What I tend to look for as I’m attempting to diagnose fire blight is oozy material (a combination of sap and bacterial cells) that seeps from affected branch.  I also look for some indication that the infection may have started where flowers were attached.  I look for this latter indicator because trees are often inoculated with the fire blight bacterium by bees that carry the bacterium and drop it off in the flowers as they pollinate.  Even when I see these symptoms, I will only diagnose fire blight if I have evidence that the fire blight bacterium is present.  There are dipstick serological tests (these use the same technology as home pregnancy kits) that I use to confirm the presence of the fire blight bacterium.  If I don’t find evidence of the bacterium, I look for other possible causes of the branch dieback.

So, why do I really need to know if branch dieback is really due to fire blight?  It all comes down to management.  If fire blight is the cause, I recommend very aggressive pruning (roughly 12 inches below where there are obvious symptoms).  The fire blight bacterium can move rapidly down a branch under the bark, so you want to make sure to prune down far enough to remove all of the bacterium.  Fungal pathogens tend to move less rapidly, so you can get by with pruning roughly six inches below where there are obvious symptoms.  If the problem is a root disease of some kind, pruning will not resolve the problem.  Fungicide treatments to the roots may be needed in some instances, or there may be ways of reducing tree stress that slow down the progression of these types of diseases.

It all comes down to the fact that if you don’t know what the underlying problem is with your tree, it is unlikely that you will be able to fix the problem.  So, get a proper diagnosis and then tailor your management strategy to the specific problem(s) you are facing.  Without a proper diagnosis, you can spend a lot of time, effort and money, and not improve the health of your trees one bit.