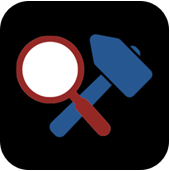 In this month’s Plant Disease Pointers, I discussed the advantages of pruning trees and shrubs in the winter to increase structural soundness and overall aesthetics.  Winter is also a great time to inspect trees and shrubs for certain diseases and, where needed, prune out these problems.  Diseases that can be corrected, at least in part, by winter pruning include canker and gall diseases.

Canker diseases:  There are a wide range of fungal and bacterial pathogens that infect branches and eventually lead to branch dieback.  With some of these diseases (e.g., Diplodia shoot blight and canker, white pine blister rust), the pathogens initially infect through needles.  With others (e.g., fire blight), the pathogens enter through flowers.  Once in the plant, these pathogens work their way relatively rapidly down branches and can cause significant damage.  Catching these diseases early and pruning out affected branches can reduce the overall damage that they cause.  If not managed properly and removed, these pathogens can eventually reach and girdle the main trunk, thus killing the tree.

Other canker diseases tend to be more localized in their effect.  For some, like Nectria canker, the pathogens often enter through wounds (e.g., pruning wounds, wounds from storm damage).  For others, like Thyronectria canker of honeylocust or Cytospora canker of spruce, direct infection of branches appears to be the norm.  With these diseases, the pathogens progress somewhat slowly, causing localized sunken areas (a “classic” canker symptom) around the point of infection.  Eventually these diseases will progress to the point where the entire circumference of the branch is affected, which leads to branch death.  Movement of these pathogens into the main trunk tends to be a slower process, although if left unchecked, these organisms can eventually cause significant damage as well.

Gall diseases:  The classic diseases in this category include black knot of Prunus species (particularly plum and cherry) and the Gymnosporium rusts like cedar-apple rust and cedar-hawthorn rust.  These diseases typically do not cause branch dieback but can reduce the aesthetic appeal of infected trees and shrubs.  In the case of black knot, you will see fairly large black masses (what I call “poop-on-a-stick”) on infected branches.  These are particularly visible in the winter when there is no foliage to hide them.

Galls associated with Gymnosporium rusts are much smaller and more subtle.  They look like tiny brown brains that form on the branches of junipers, particularly Eastern red cedar.  In the winter, if you don’t look carefully, you might miss these.  In the spring however, the galls reach the pinnacle of their visual glory when they sprout gelatinous, orange arms/masses that produce spores.  These spores infect certain trees and shrubs in the rose family (e.g., apple, crabapple, hawthorn, quince, pear and serviceberry) leading to brightly-colored leaf spots (in the case of cedar-apple rust and cedar-hawthorn rust) or spiny fruits and branch galls (in the case of cedar-quince rust).  Spores produced in these diseased leaves, fruits and branches eventually infect junipers completing the life cycle of the pathogen.

Once either canker or gall diseases become established, pruning is the method of choice for management, and wintertime is a great time to do this pruning.  Symptoms are often more visible during the winter months, and pruning in colder, drier winter weather tends to reduce the risk of infections through pruning cuts.  For diseases caused by fungal pathogens, I suggest pruning four to six inches below where you see obvious symptoms.  For diseases caused by bacteria, I suggest pruning more aggressively, roughly 12 inches below where symptoms are visible.  When pruning in the winter, it may seem that decontaminating tools is not necessarily.  However, I recommend decontamination no matter when you prune.  Treat pruning tools between cuts for at least 30 seconds with 70% alcohol (e.g., rubbing alcohol straight out of the bottle), a commercial disinfectant that contains roughly 70% active ingredient or 10% bleach.  If you decide to use bleach, be sure to thoroughly rinse your tools after you are done pruning and oil them to prevent rusting that can be caused by bleach use.  You can dispose of branches by burning (where allowed) or burying them.

So, as temperatures start to hover in the upper 20s or lower 30s this winter, think about pruning your trees.  Remove diseased branches, and at the same time, prune out healthy branches to improve the structural integrity and aesthetic appeal of your trees.  All of this said, please DO NOT prune when it is excessively cold:

For additional information on the PDDC and its activities, check out the PDDC website.  To learn about new PDDC education materials and programs, follow the clinic on Twitter or Facebook (@UWPDDC) or contact the clinic at pddc@wisc.edu and ask to be added to the PDDC’s listserv (UWPDDCLearn).